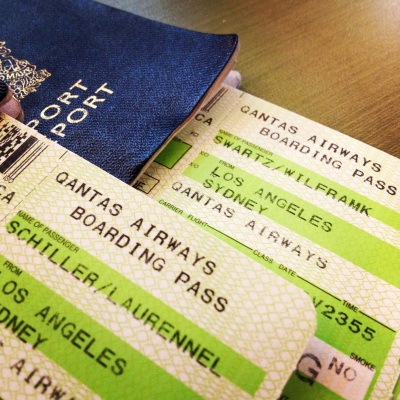 This will likely be one of the more sentimental entries that I ever post. As such, it might be too mushy for some. But at least now you have been warned.

I actually wrote the important part of this post a while ago. I was supposed to be packing for a trip last December, but was simultaneously Skyping with my friend Caitlin (the very same Caitlin who suggested eHarmony). And while we’d always known it, for some reason, it was clear during this conversation that our views on guys and relationships were quite different. So, once we were done talking, instead of folding clothes, I found myself writing my thoughts on love. Why? No idea. Not something I would really ever consider doing and I thought it was actually pretty lame while I was doing it. Still, I guess it didn’t hurt, as it was probably just my way of trying to better understand my own behaviours and thoughts toward relationships.

END_OF_DOCUMENT_TOKEN_TO_BE_REPLACED

I wasn’t able to make it downtown on Thursday for Chris Turner’s talk, but I continue to think about the three images that remained central in my mind when I read his book, The War on Science: Muzzled Scientists and Wilfull Blindness in Stephen Harper’s Canada. The first was a generic Ontario lake, the second: a shot from V for Vendetta of High Chancellor Adam Sutler shouting to his government groupies from a giant TV screen. The third (and most powerful) image was that of Philippines Climate Change Commissioner Yeb Saño when he broke down at the COP19 Climate Summit in Warsaw earlier this month while pleading with his fellow international delegates to translate climate change promises and signatures into actions. (I encourage everyone to watch the full video of his speech, but if 17 minutes is too long, the transcript can be found here.) And, while I’ll be the first to admit that these images may seem a bit random and disconnected, I think that in many ways, they actually embody the past, present, and future of the Canadian government’s relationship with science and, in particular, the environment.

END_OF_DOCUMENT_TOKEN_TO_BE_REPLACED

Typically, when I start writing about the situation regarding the decline of bluefin tuna*—which has been primarily driven by demand from the Japanese sashimi market since the late 1970s—my go-to introductory sentences include the words “luxury”, “expensive”, and “wealthy consumer”.  The use of this terminology stemmed from a personal belief that bluefin was part of the upper echelon of gastronomic extravagance: the marine equivalent to a Kobe steak or Périgord truffles. Thus, you can imagine my complete surprise when I was in Tokyo this past month and saw it on the menu of every seafood restaurant in which I ate, or passed on the street. Literally, every single one—from 49th floor fine dining establishments, to curbside take-out lunch stands. I honestly could not believe that this fish was still so ubiquitous and, in many cases, inexpensive, when there is so much international pressure to reduce catches and allow for populations to recover.

END_OF_DOCUMENT_TOKEN_TO_BE_REPLACED 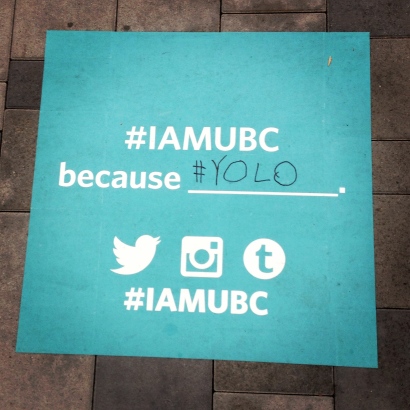 Let me preface the following by saying that I initially wanted to title this post #YOLO. Hashtag and all. I then realized I’m no longer fifteen. Nonetheless, in my typical habit of crazy ideas and impulsive ambition, the following is very much an example of me YOLOing it up. And it all started at the beginning of August when, way out of left field, I got the idea to e-mail the UBC varsity field hockey coach; a last ditch effort to accomplish a goal nearly a decade in the making.

END_OF_DOCUMENT_TOKEN_TO_BE_REPLACED 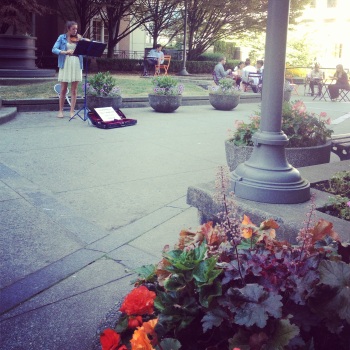 I have no doubt that fall and winter will probably provide some excellent stormy days on which I can write something in a warm coffee shop. However, summer on the coast has been dynamite, and it physically pains me to be inside and/or staring at a screen on any sunny day. But, since I am trying to make this blogationship with WordPress a success, today I am caving in. (On the bright side, I’m sitting in the courtyard just outside Mink, and there is a very talented girl playing a violin. So life isn’t totally unbearable.)

END_OF_DOCUMENT_TOKEN_TO_BE_REPLACED

Given what Calgary is dealing with, I feel like it would be highly disrespectful and insensitive to comment on the rain in Vancouver at this time. Seriously, it’s insignificant. Still, the prevalence of summer puddles and general dampness in town has resulted in a reversion to a level of warm beverage consumption that befits November. And, since coffee constitutes an important part of many people’s daily routine, I thought this would be a good time to share some thoughts on the matter with my Top 10 recommendations for java joints in Vancouver. Needless to say, the coffee at all of these places is top notch. However, I’ve separated the best of the best into categories, depending on mood and situation. (I’ve been to all of the following cafés at least five times over the course of the last year(ish), and typically order an Americano misto, so it’s more or less a controlled experiment.)