The following came about largely as a result of me trying to organize my ideas for an application to attend a marine policy course offered through Stanford. As per the typical scholarship/ conference/ grant application format, they wanted a lot of detail about my thesis and how participating in this program will be beneficial to my research. But they’re not the only ones who are curious about my work. My friends and family also often ask me what I study. And even though I think in many cases they’re just being nice/ trying to make conversation/ genetically obligated to care/ &c., sometimes I feel like there’s a genuine level of interest. Or, at the very least, mild curiosity. And, while I approach the marine realm largely from a physiological perspective and background, unfortunately my current research doesn’t involve any live specimens or experiments. So naturally I feel like a huge disappointment when people quickly realize that I don’t swim with dolphins or dive with sharks on a regular basis. Nonetheless, I still try to explain the type of work I do, and why I feel like my current branch of marine biology is equally (if not more) important.

Depending on the perceived interest, intelligence, age, and intentions of my audience, the answer to the aforementioned query can range quite significantly from, “tuna” to “high seas fisheries management, with an emphasis on trophic interactions within the pelagic ecosystem, and analysis of fisheries catch statistics of tuna and billfish populations in the Pacific Ocean”. Of course, the latter is a bit of a mouthful so there are other variations as well. But more often than not, when I’m talking to people I know, I tend to describe my research as a kind of fisheries murder mystery. And, because I’ve learned that people are more receptive to concepts that can be contextualized in layman’s terms, I explain that essentially this makes me a modern-day Sherlock Holmes. For the fish. (Alright, fine… in truth I really just use this analogy because it sounds super badass.)

As mentioned before, I’m doing my MSc. at the Fisheries Centre at UBC. This is one of the leading fisheries research centres in the world, so I feel like a pretty lucky girl to have such amazing people and resources at my fingertips. That said, acceptance into this institution was no doubt only mildly based on my undergraduate academic record and, in reality, probably mostly based on the first conversation I ever had with my (now) supervisor, Daniel— a man whose research I came to idolize during my time at Guelph. (If it helps, try picturing a young and naïve Anakin Skywalker talking to Yoda). Anyway, I was home for Christmas and had set up an appointment to meet with him at UBC to discuss a potential grad school opportunity. We had been chatting for a little while but I could tell that his interest in me was rapidly declining. He didn’t seem remotely impressed by anything I’d done, and he explained that he was hesitant to take on new students because he was getting old and didn’t want to die on me. At this point in our chat he got up to show me out. So, out of pure desperation and panic, and with tenacity I never knew I had, I stood up and simply blurted out that I had first aid training and promised to perform CPR and mouth to mouth if he had a medical emergency at some point over the next two years. I think for the first time in our entire chat he actually looked at me. Easiest interview I’ve ever had, and clearly the rest is history.

Anyway, back to the science.

Daniel started a research group over a decade ago called the Sea Around Us Project. The main aim of the Sea Around Us was (and still is) to assess the impacts of fishing on the world’s marine ecosystems, with the hope of mitigating and reversing harmful fishing trends while ensuring the social and economic benefits of sustainable fisheries. And one of the ways that this is being done is through catch reconstructions. Wow, sweet! (Or, more accurately: “so, um…huh?”) Allow me to explain…

Since 1950, every country in the world has been required to submit their annual fisheries landings (i.e., the total tonnage of all the different species they’ve caught in a year) to the United Nations Food and Agricultural Organizations (FAO). The FAO then keeps all this information together in a database called FishStat and everything is nice and pretty. Well, in theory it is. But, because sometimes things get accidentally (or intentionally) missed or overlooked, many catches don’t get properly reported. Or reported at all. In many cases, these unreported catches are from the subsistence or small-scale (e.g., artisanal) sectors in developing countries where they may lack the infrastructure and resources for compiling accurate catch statistics data. In addition however, missing information can also include illegal catches, discards, and bycatch* from industrial fishing operations in more developed countries too.

So, the Sea Around Us is attempting to reconstruct the fisheries catches for every country in the world by amalgamating everything that has been missed and adding it to the FAO data. This is done by scouring the literature, enlisting the help of local scientists, institutions, and NGOs, and sending copious emails to government officials politely (and often repeatedly) asking for data. Well, obviously there’s a bit more to it than that, but in a nutshell, that’s how it’s done. And once we obtain some concrete catch data, or export data, or consumption data, we can begin to piece together a sixty-year fisheries puzzle. As anyone would guess, there can be some hefty assumptions and interpolations attached to this methodology, so we err on the conservative side of our estimates when things are hard to decipher or we find conflicting sources. Although it has come up against some criticism, the principle mentality behind this approach is that we know we won’t get things perfect, but no catch data doesn’t mean no catch. So what we’re doing is better than what currently exists. And, with any luck, it can only be improved upon.

Of course the results are unique to each country and even to specific time periods. I have seen cases where the reconstruction has determined catches to be 10% higher than reported to FAO all the way up to 200%. So, as you can imagine, this means that a lot more fish is being taken than we think. (Some examples of catch reconstructions can be found here if anyone is interested in the finer details.)

So, as I mentioned, this is being done for every country. On three spatial scales:

Which brings me to the main part of my thesis. Specifically, I am reconstructing the large pelagic fish of the Pacific Ocean high seas. So I get to deal with all the countries in the world and about twenty species of tuna and billfish (awesome guys like sailfish and marlins) that are caught outside of territorial waters. The high seas is essentially no man’s land and every man’s land; as such, technically there is no such thing as an illegal catch. (But since I already feel like this is probably very long-winded and overwhelming I’ll go into that another time.) 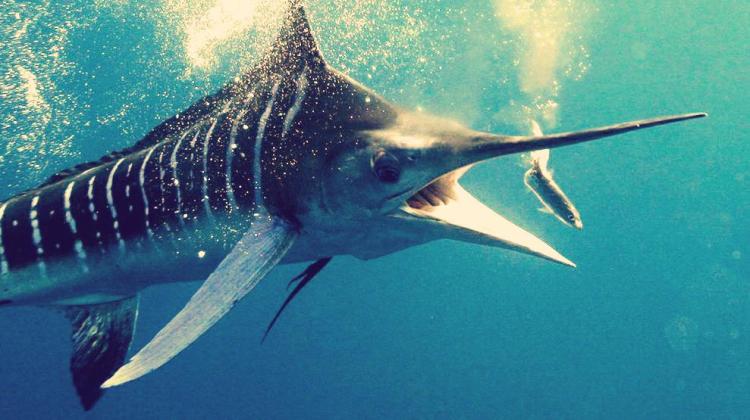 Of course, like any job, there is always a lot on the go, and weeks have their ups and downs. And, while there are a few notable differences between the original Mr Holmes and myself (i.e., I can’t do cocaine at work, I play a ukulele instead of a violin), I hope I have at least conveyed some the reasoning behind my initial analogy. I may not make any money, and (worse!) not get to play with live tuna, but I absolutely love what I do. And, luckily, instead of having only one Watson to help, I have many. Most importantly though, while I know that my thesis doesn’t contain any real groundbreaking research, I like to think of it as a stepping stone to something bigger; I hope to keep working on all sorts of fisheries problems long into the future in an effort to improve the state of our oceans. So, in this context, I guess it’s actually my biggest hope that, someday, I’ll have to find a new line of work.

*Some brief definitions (with the help of dear Wikipedia): 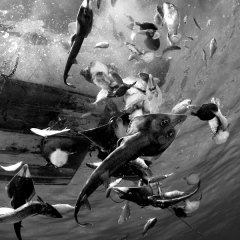